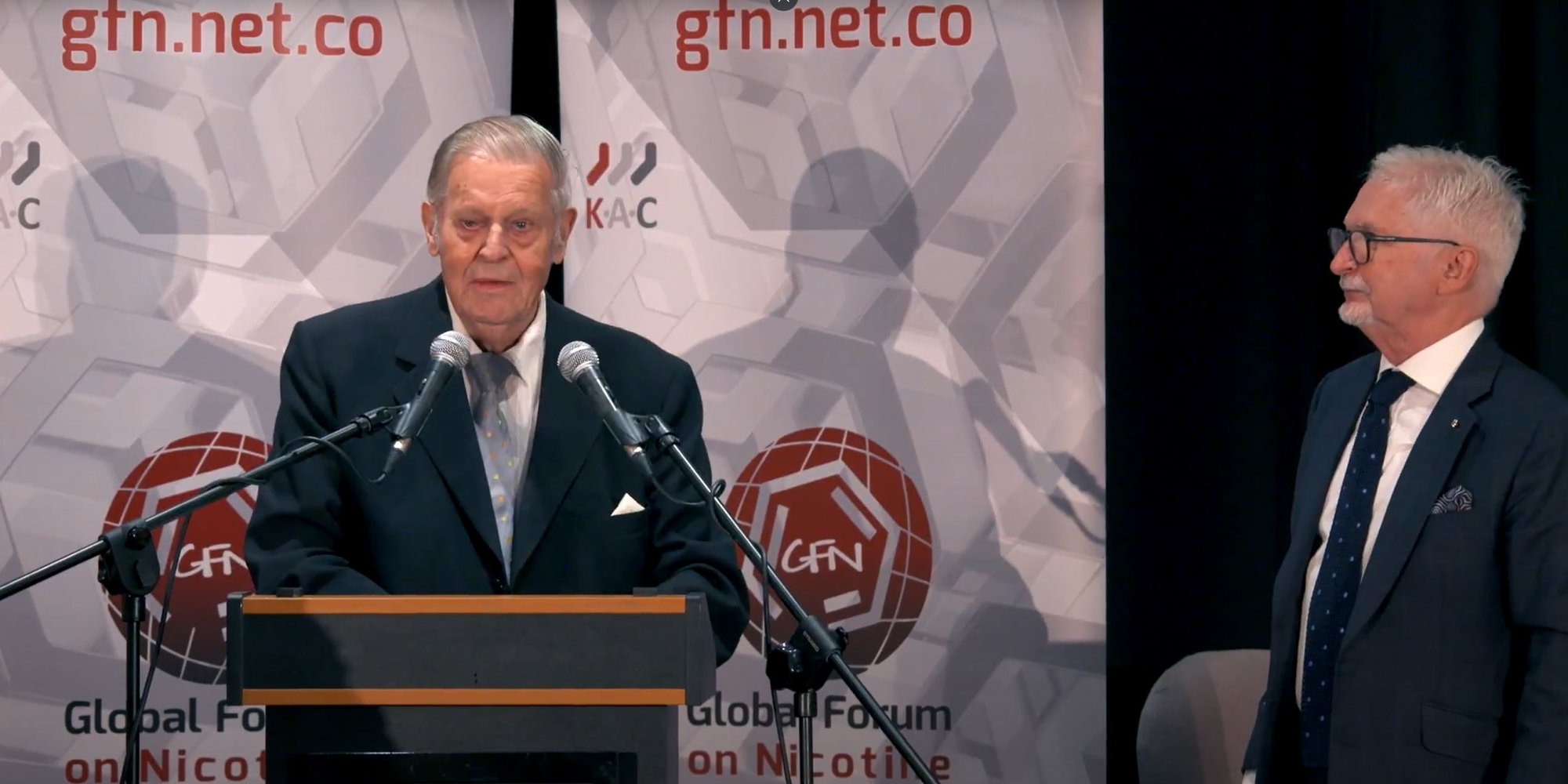 The Winner of the 2018 Michael Russell Award – Dr Lars Ramström

It has often been remarked that Sweden provides a unique case study of the impact of snus on smoking. Sweden is the only country in the European Union where snus may be sold legally.

This natural experiment, and the large amount of long-term epidemiological evidence available, provides substantial information on snus, smoking and tobacco related disease. The UK Royal College of Physicians argued that the use of snus in Sweden is proof of concept for the efficacy and effectiveness of tobacco harm reduction. The 2018 Michael Russell Award was presented to Dr Lars Ramström in recognition of his contribution to tobacco harm reduction through science and scholarship.

Dr Lars Ramström has undertaken meticulous analysis of the epidemiology of snus use in Sweden, and its impact on reducing smoking related mortality. He started publishing and working in tobacco control in the 1960s. In 1998 he was given the World Health Organization Award Medal for achievements in Tobacco Control.

To quote from the nomination for the award:

Dr Lars Ramström’s work contributed significantly to the current challenge to the EU ban on the sale of snus, in evidence provided to the European Court of Justice. To quote his summary of the evidence:

Background to the Michael Russell Award

Professor Michael Russell, a psychiatrist and research scientist, was a pioneer in the study of tobacco dependence and the development of treatments to help smokers quit. Based on the knowledge that pure nicotine carries little health risk, but is the main reason why people smoke, he advocated the development and promotion of safer nicotine products to the exclusion of cigarettes, to reduce the harm caused by ingesting the non-nicotine toxins in burning tobacco. Michael Russell is the person who did most to lay the foundations for tobacco harm reduction that drives much of the research in the field today. You can find out more about Michael Russell’s work here.

The Russell family has kindly agreed to the establishment of an award in Michael Russell’s memory to be presented each year at GFN. The intention of the award is to honour someone who has made a substantial and innovative contribution to the science and understanding of safer nicotine products and tobacco harm reduction. This year’s judging panel comprised Professor Ann McNeill, Professor Lynn Kozlowski, Professor Martin Jarvis and Professor Gerry Stimson.